THE FILLER (guests)
Sonic experience at the Vilna Ghetto
16 + 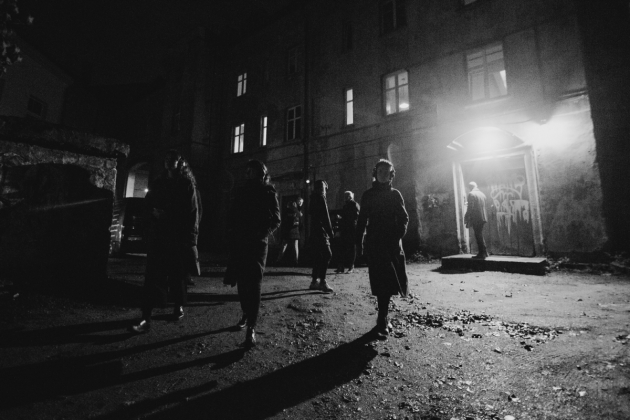 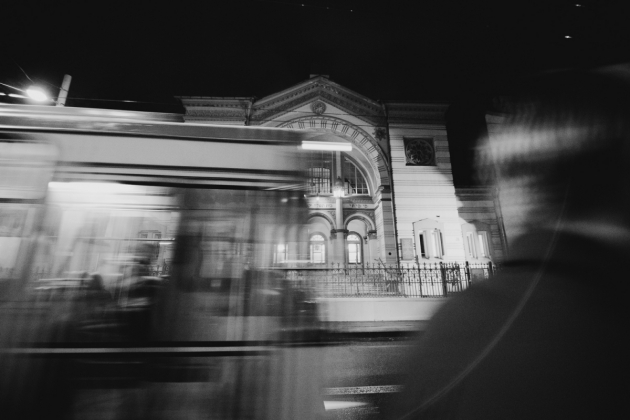 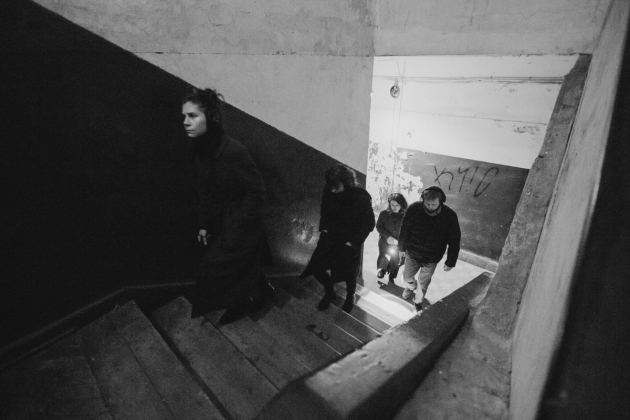 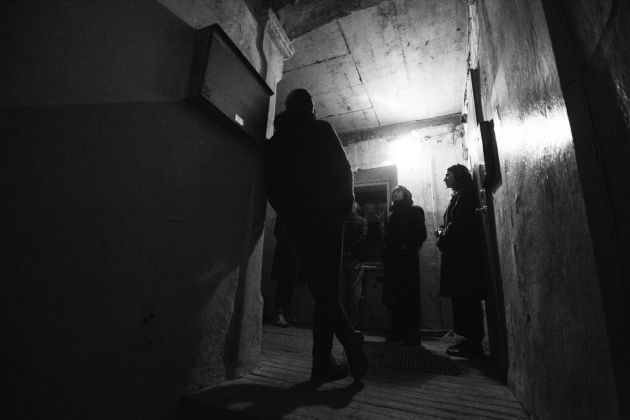 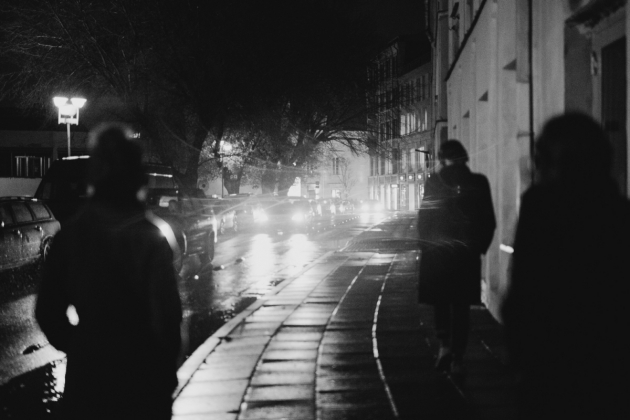 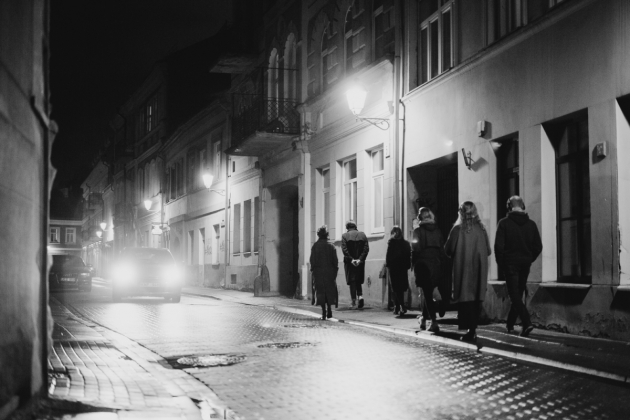 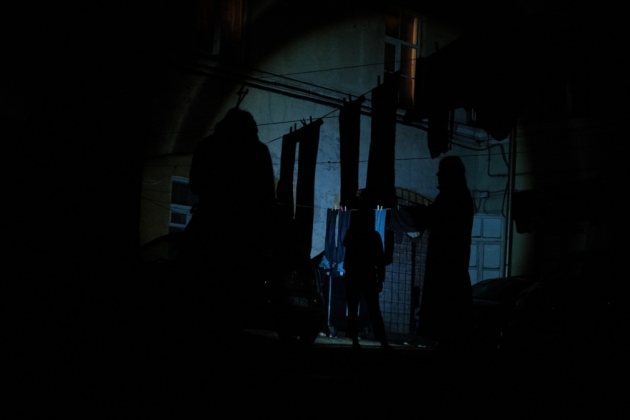 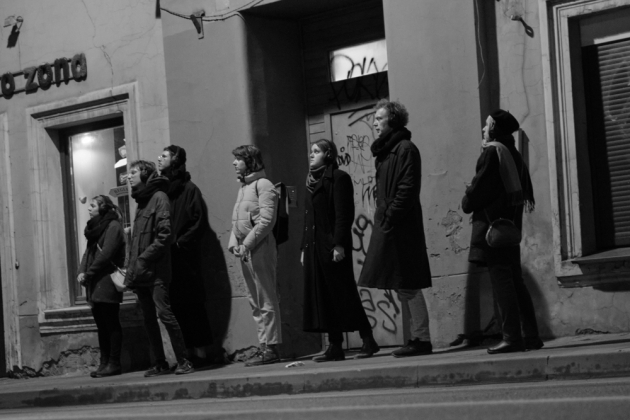 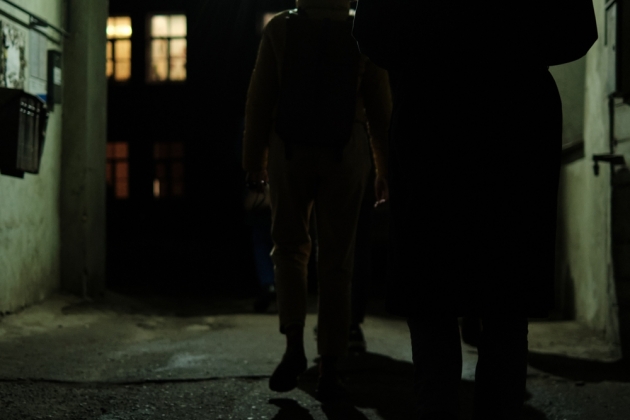 The Filler is an audio walk around the territory of the former Vilna Ghetto and the intermittent turns of memories of the Holocaust. Sonic map of the journey consists of musical fragments specially composed for every space, while the direction of movement is defined by voices of four Holocaust survivors, who have moved from their hometown Vilna to Israel after WWII. Creators of The Filler have recorded their voices during conversations that took place in Tel Aviv, Jerusalem and Haifa in May 2019.
Frida Sohat (b. 1929) was a prisoner at the Vilna Ghetto, Klooga (Estonia) and Stutthof (Poland) concentration camps. She moved to Israel in 1957, wishing to meet her father who also survived World War II.
Joshua Zak (b. 1929) has settled in Haifa after leaving Vilnius, becoming a Professor of physics at Technion – the Israel Institute of Technology. In 1989 he discovered the Zak Phase Z(k), for which he was awarded a prestigious Wigner Medal in 2014.
Sore Voloshin (1928–2020) is the sole survivor from the family of over 50 relatives who lived in Vilnius. She was a cousin to Yitskhok Rudashevski, young author of the Vilna Ghetto Diary, who was killed in Paneriai.
Baruch Shub (b. 1924) was a member of an underground Jewish movement during the war. After moving to Israel, he became a flight engineer. To this very day he is giving lectures on Antisemitism and is a member of diverse public organisations.
The sonic document, as a kind of memory artefact, is the pivot of the piece surrounded by musical interpretations of the streets, yards, corridors, apartments, halls and other spaces of the Vilna Ghetto. Fragments of interviews heard therein extend beyond the function of a mere verbal narrative – sonic events contained in the recordings suggest themes for choirs or electronic compositions, individual narratives acquire characteristics of arias, the voices are incorporated into soundscapes and become full-fledged means of musical expression. Everything is further supplemented by abundant binaural recordings, bringing a sense of reality to sounds heard in the headphones.
This way unique aesthetics of the musical narrative of The Filler is born, turning it into dynamic Gesamtkunstwerk of the present day, where the body of the viewer and its spatial movement also play an important part.
The piece balances between the transfer “back to those times” and the return “to the present”. While investigating the limits of such transfer possibilities (in their own minds first) the creative team does not hide from the fact that the movement takes place in the present day Vilnius – a city that is rapidly changing, is painted and decorated, hidden beneath the construction mesh and at times still awaiting the coating of a fresh filler.
Members of the creative team will follow the viewers split into small groups, inviting to take a collective look at what is hidden beneath the filler coating and to contemplate on some major questions: are there limits to the understanding of Holocaust? Where does memory end and imagination begin (if such divide is altogether possible)? How do we recover things that were mostly destroyed during the war, what forms could they take?
Creators: playwright Rimantas Ribačiauskas, director Mantas Jančiauskas, composer Jūra Elena Šedytė, composer Andrius Šiurys
Sound recording of the interviews with Frida Sohat, Joshua Zak, Sore Voloshin and Baruch Shub were used creating The Filler
Other participants of the sound recordings:
Voice ensemble “Melos”: Justina Leinartaitė (soprano), Gabrielė Bilevičiūtė (soprano, leader of the ensemble), Karolina Macytė (soprano), Ieva Parnarauskaitė (soprano), Jūra Elena Šedytė (alto), Dainora Aleksaitė (alto), Gabija Adamonytė (alto), Milda Adamonytė (alto)
Sound engineer Vytautas Bedalis
Children’s voice ensemble: Patricia Dahl, Urtė Kretkovskytė, Ignas Masevičius, Kasparas Skuja
Choirmaster Skaistė Garbašauskienė
Lora Kmieliauskaitė (violin)
Kazimieras Jušinskas (saxophone)
IT programmer: Robertas Dumpis
Mastering by: Arūnas Zujus
Translators: Rimantas Ribačiauskas, Ana Ablamonova, Olga Lempert, Darius Ross, Vsevolod Chernozub
Guides: Jūra Elena Šedytė, Andrius Šiurys, Ana Ablamonova, Paulina Simutytė, Ieva Parnarauskaitė, Lyja Maknavičiūtė
Special thanks to: Eugenijus Bunka, Judita Gliauberzonaitė, Dita Šperling, Tsila Zak, Elena Keidošiūtė, Alina Zemlienė, Henrika Dumpienė, Eugenijus Maldeikis, Mykolas Maldeikis, Nerijus Šepetys, Ya‘arit Glazer, Naomi Yoeli, Ilona Šedienė, Paulina Simutytė, Aivaras Nevedomskas, Žaneta Overlingienė, Matas Aerobica, Vilmantas Juškėnas, Vytenis Gadliauskas, Rūta Vitkauskaitė, Lara Lempert, Rafailas Karpis, Arturas Bumšteinas, dr. Arūnas Bubnys, Mantas Šikšnianas, Rytis Masilionis, Jurgita Beatričė Rudėnaitė, Zita Paulauskaitė, Vanda Kareivaitė-Balandienė, Valerija Mažonienė, pastor Egidijus, Aldona Kuprelytė
Producer: Operomanija
General partner: Jewish Culture and Information Center
Partners: LMTA Music Innovation Studies Centre, Vilnius Theatre “Lėlė”, Audiovisual Arts Industry Incubator, Mama Studios
Supporters: Lithuanian Council for Culture, Vilnius City Municipality