No longer in repertoire

Musical director of the performance 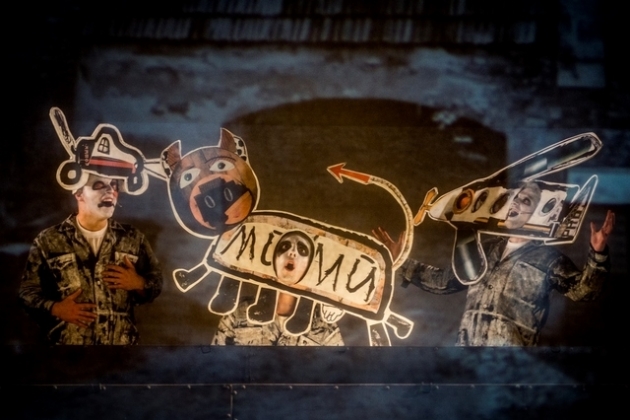 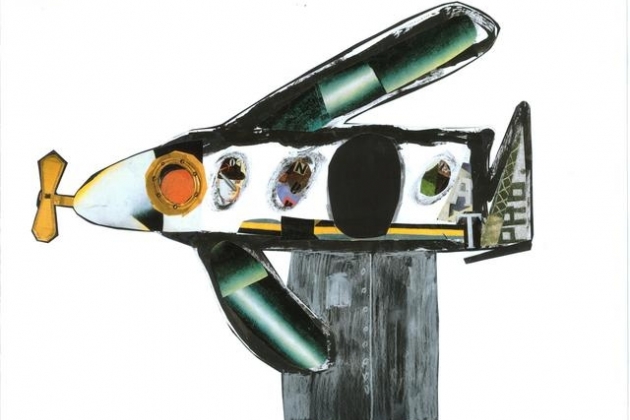 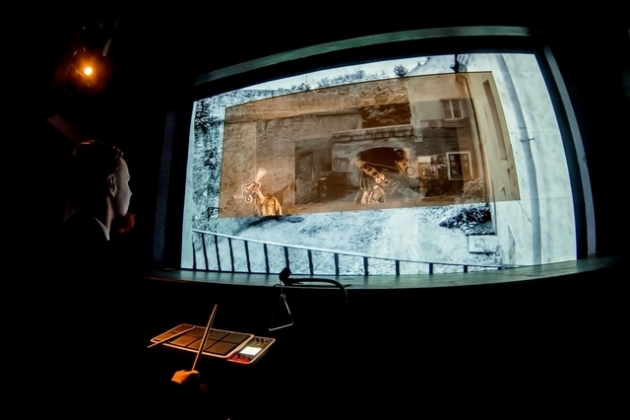 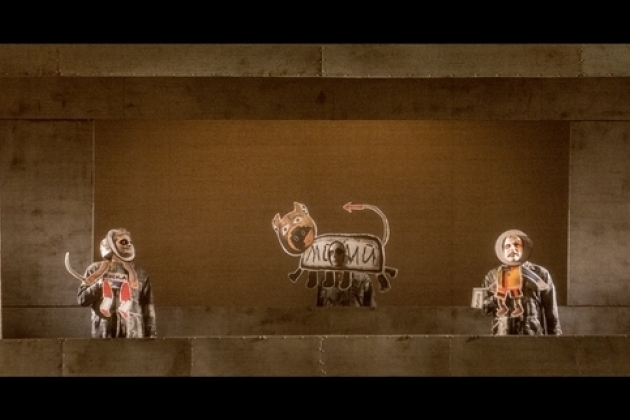 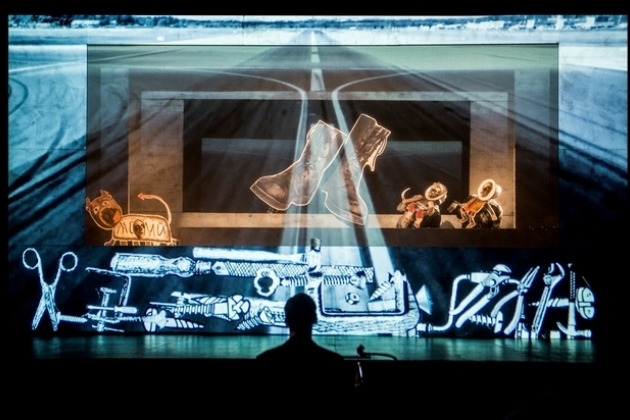 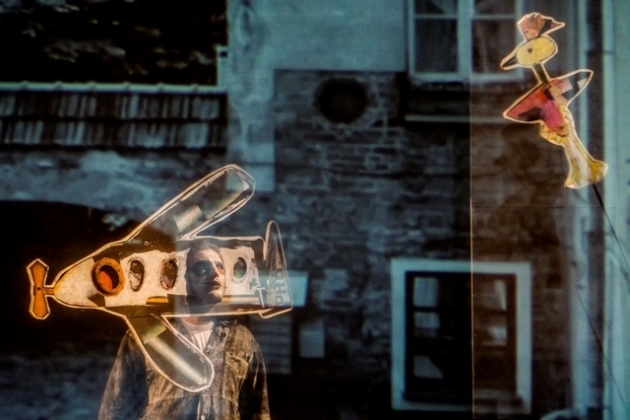 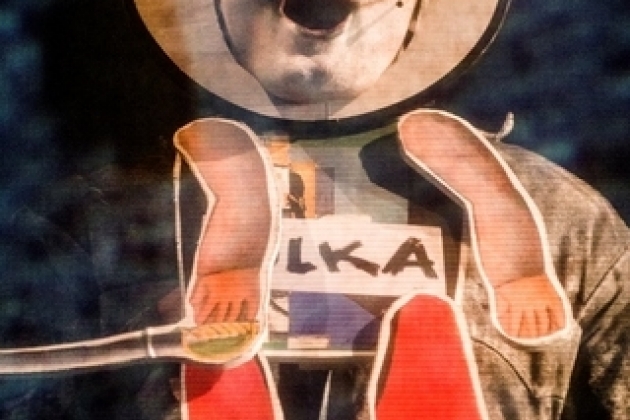 In this performance, based on the classic Russian absurdist Daniil Kharms, children will embark on a frantic, breakneck plane journey to distant South America, or maybe Africa, or Brazil, or maybe Iceland, or who knows where else... And when two such different friends - Kolka Pankinas, a naive dreamer who fantasises about "heavenly almonds", and his troublesome, unbelieving friend, Marčius Nepankinas - go on a trip, it will be extraordinary, believe me.

On the big stage, the performance unfolds in two planes: giant, planar objects, sketched by primary school students, create a magical, surreal world of fantasy land, while in the live plane, the actors come to life in simple, convincing and yet unexpected characters (like the cow, who has been given the honourable role of the narrator). However, the performance is expressive not only because of its visual but also because of its aural character.

In a soundtrack inspired by the sounds of the Charms era - jazz, Charleston, turntable crackle - sounds become melody: the hum of an airplane's engine, the echoes of an imaginary Brazil, the sounds of nature, and the conversations of the locals that are unusual to the ear.

Against this backdrop of the spirit of the times, Charm's style, humour, paradoxes, aural language play, a beautiful childhood dream and reality collide, and one does not know which of them is stronger. And yet, will they make it to their dreamland or not? Will they or will they not? Yes or no? Yes? No?